Posted July 25, 2016 by Meredith Wynn under Photo of the Week 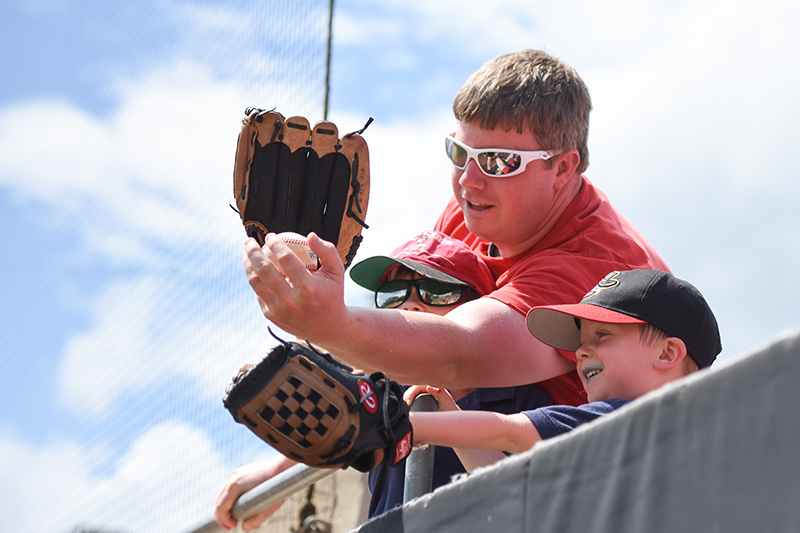 Frank Pierce and his sons Andrew and Austin catch a ball in between innings tossed to them by senior designated hitter Chance Shepard in the Wolfpack’s third game of the NCAA Raleigh Regional against Navy on June 5, 2016. Pierce is an NC State alum and currently lives in Raleigh with his family. The Wolfpack beat the Midshipmen 17-1 at Doak Field.

While everyone loves a great action shot at a sporting event, they can be a bit repetitive after a while. A lot of times the more compelling photos are found away from the action and help tell the story in a way everyone can relate to. In this photo,  Frank Pierce and his two sons Andrew and Austin catch a ball tossed to them by a player in between innings. the smile on the little boy’s face captures why many of us care about sports in the first place – for the love of the game.