Posted July 7, 2017 by Meredith Wynn under Photo of the Week 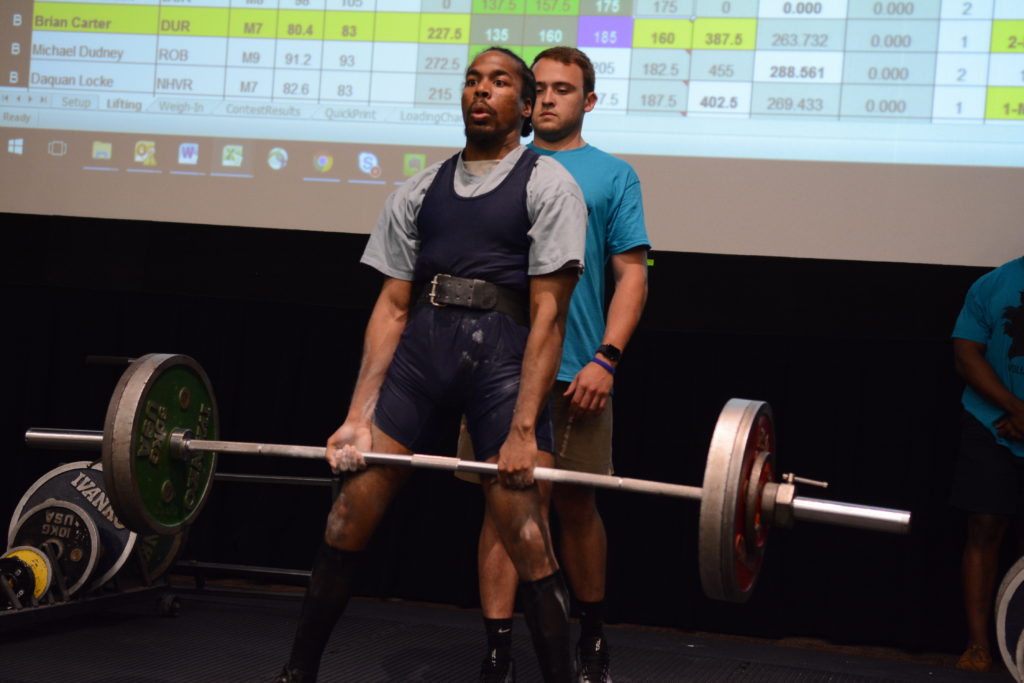 Brian Carter from Durham County lifts a heavy weight with a volunteer behind him during the triple combo competition in the powerlifing event in the Witherspoon Cinema as part of the Special Olympics Saturday, Jun 3 2017. Powerlifting was among several events taking place on campus during the Special Olympics Summer Games. The Olympics allow those with disabilities across North Carolina the chance to compete in various sporting events.

This week’s Photo of the Week was taken by photographer Sam Feldstein at the Special Olympics Summer Games at Witherspoon Student Center. Photo Editor Kai McNeil had this to say about the photo:

” The power stance of the competitor displayed in the composition of the photo really allows viewers to understand the feat he is achieving. “

Announcing the 2018 Agromeck Editor in Chief