Posted November 28, 2017 by Meredith Wynn under Photo of the Week 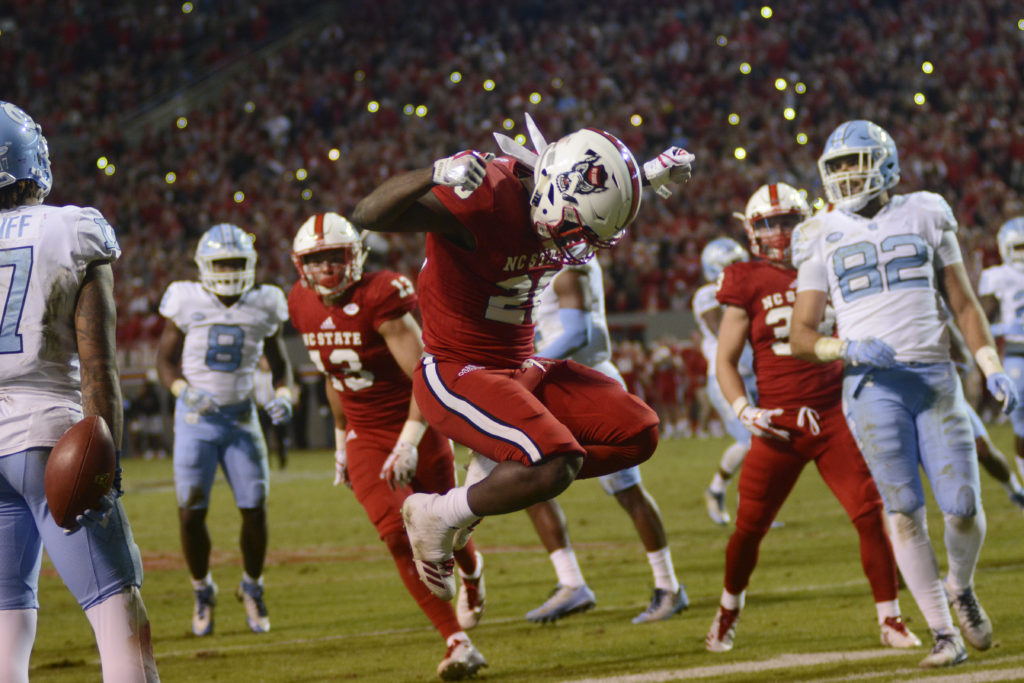 Redshirt senior cornerback Nicholas Lacy celebrates a defensive stop against UNC on November 25, 2017 at Carter-Finley Stadium. The Wolfpack won 33-21 to finish off the regular season at 8-4.

This week’s Photo of the Week is courtesy of staff photographer David Tracey. He captured this great shot of senior Nicholas Lacy celebrating during the Wolfpack’s 33-21 victory over the UNCH-CH Tar Heels Saturday, November 25. Photo Editor Kaydee Gawlik had this to say about the photo:

“This is an awesomely timed photo. It’s also a great example of ‘right place right time’ because its nice and crisp, but also embodies the excitement in the last home game of the season against our not so distance rivals.”