Posted October 31, 2019 by Kaydee under News, On Assignment

Conference Confidential is the inside-look into the annual National College Media Convention, which brings college media students and advisers together with top industry experts. This year, Assignments Editor Mandy Stacy went to represent Agromeck. Here’s the scoop so far: 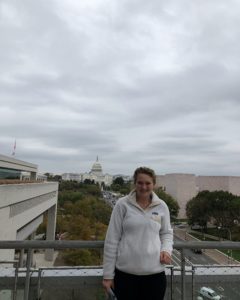 “Day 1 of the ACP CMA in Washington, D.C. was a success! We left Raleigh around 9 am and arrived at 3 pm. The car ride was long, but it gave everyone that attended the convention a chance to relax and get to know each other before the convention began. After the car ride, we got to visit the Newseum. This was so special because the Newseum is closing at the end of the year, so it was really awesome that we got to see all of the exhibits before the museum closes. My favorite exhibit was called Rise Up: Stonewall and the LGBTQ Rights Movement. The exhibit was about how the police raid at the Stonewall Inn in the late 1960’s sparked a movement for LGBT rights. The exhibit also featured political figures, journalists, and other key figures such as Ellen Degeneres and Rachel Maddow that have led the fight for equality. After our short trip to the museum, we went to dinner together. This gave us another chance to get to know each other. It was really awesome to get to talk to people from other student media outside of Agromeck. Overall, it was a fun, busy day full of new experiences and getting to meet new people!”

The National College Media Convention is jointly hosted by the Associated Collegiate Press and College Media Association. The convention serves as a networking opportunity with working professionals as well as a chance to learn from other award-winning collegiate publications.

Eyes on the Prize! 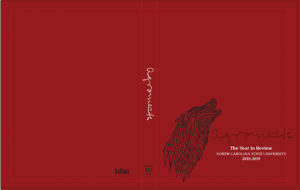 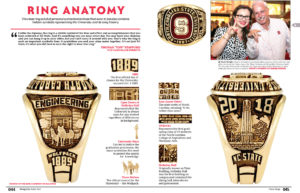