Posted September 28, 2019 by Kaydee under Multimedia, Photo of the Week

This week’s Photo of the Week comes from Sarah Cochran, a senior staff photographer, at the Durham Pride Parade. 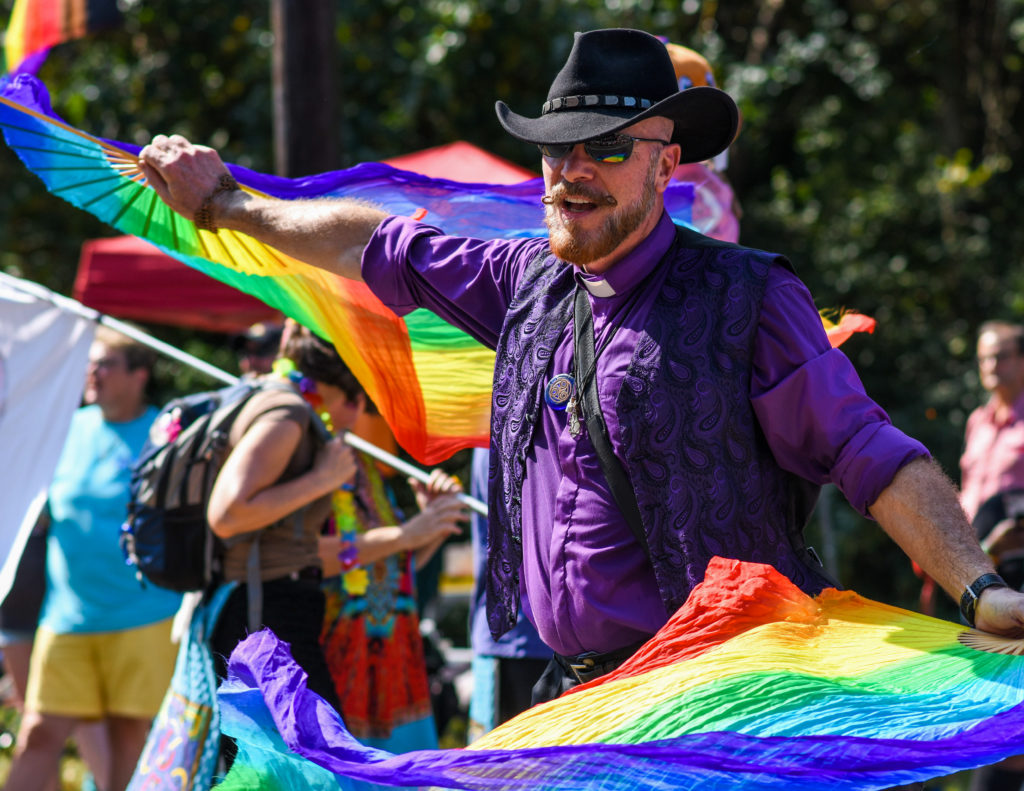 Beaver Lodge Local 1504 member Mark Zumbach dances with rainbow fans during the annual Durham Pride parade on Saturday, Sept. 28, 2019 at Duke’s east campus. The Pride events in Durham started in 1981 after protests by the LGBTQ community in response to a murder and attack of sunbathers at the Little River. The Pride event in Durham has continued to be a way for the city to celebrate and support their LGBTQ+ community.

“The colors and the framing of this shot during the Pride Parade in Durham make this photo a beautiful representation of what pride day is about,” Aditya Penumarti, photo editor of Agromeck, said.

The first PRIDE was a riot — queer life was not always something that major corporations and mainstream culture embraced, celebrated or capitalized on.

Even today, LGBTQ+ people can legally be fired based on real or perceived sexual orientation or gender identity in 28 states.

In 1969, two members of the same gender identity holding hands and dancing was considered illegal in New York — and was punishable by law for displaying “homosexual acts.”

June 28, 1969, police officers raided the Stonewall Inn in Greenwich Village, New York, to “clean the neighborhood of sexual deviants.” Patrons and queer youth clashed with officers in the streets in what became a three-day riot to reignite the LGBT rights movement.

For more information, start by visiting one of these links.