Posted January 23, 2017 by Meredith Wynn under Photo of the Week 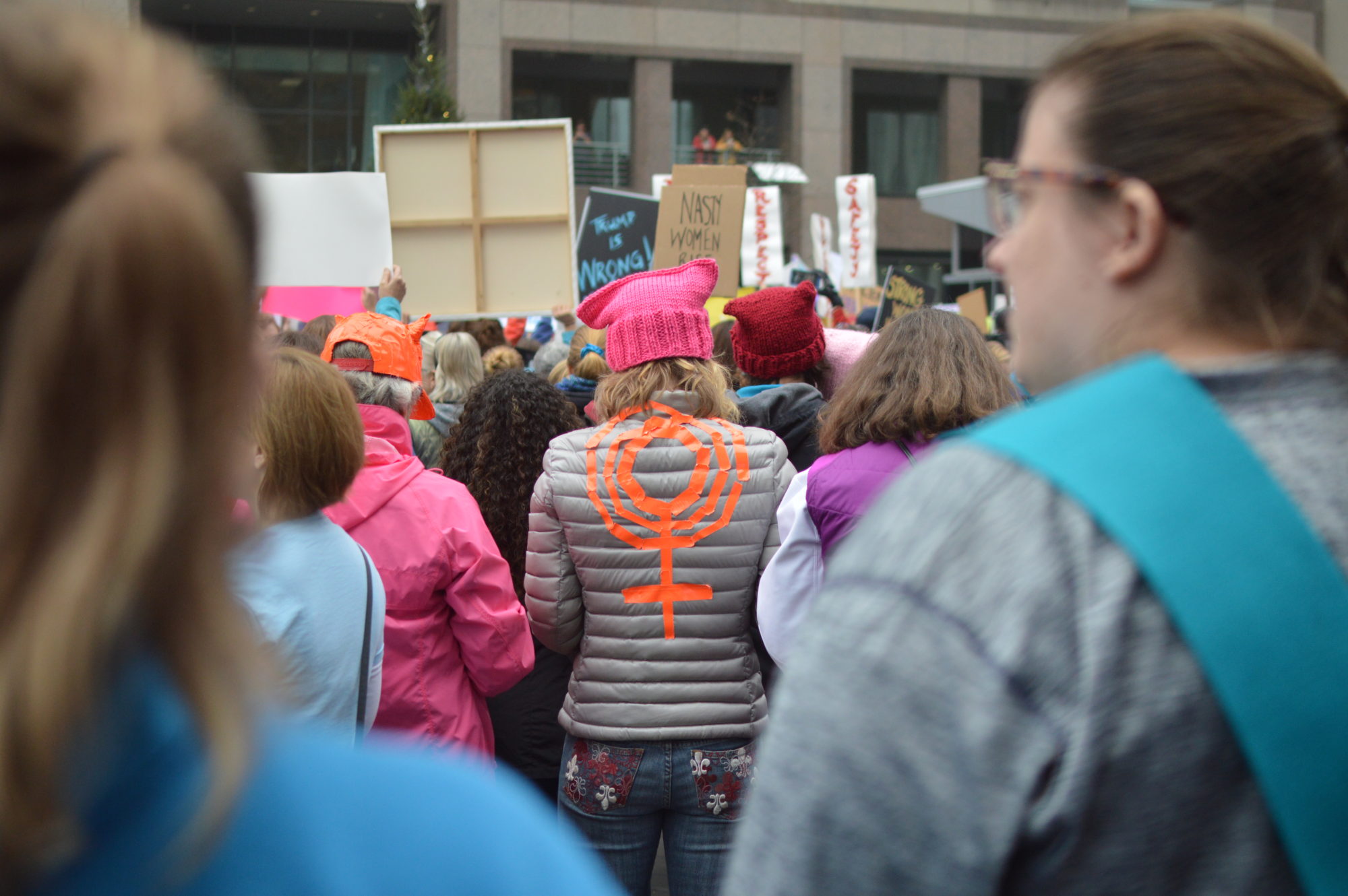 “In this photo that senior staff photographer Kaydee Gawlik captured at the Women’s March on Raleigh this week, we can see that the protester has her back to us.  As photojournalists we almost always strive to have the subject’s face in the photo. It helps establish a connection with the viewer and the subject. The expression on the face of the subject will almost always tell a story.  But in this case the focus is on the female solidarity symbol taped onto her back. This symbol tells more of the story of the event than a photo from the front would have.  Framing the woman in between two other marchers gives the viewer the feeling of being in the crowd with the marchers and also guides the focus to the symbol on the back of the protestor’s jacket.”

Photo of the Week | Election Edition

Spread of the Deadline | State Fair